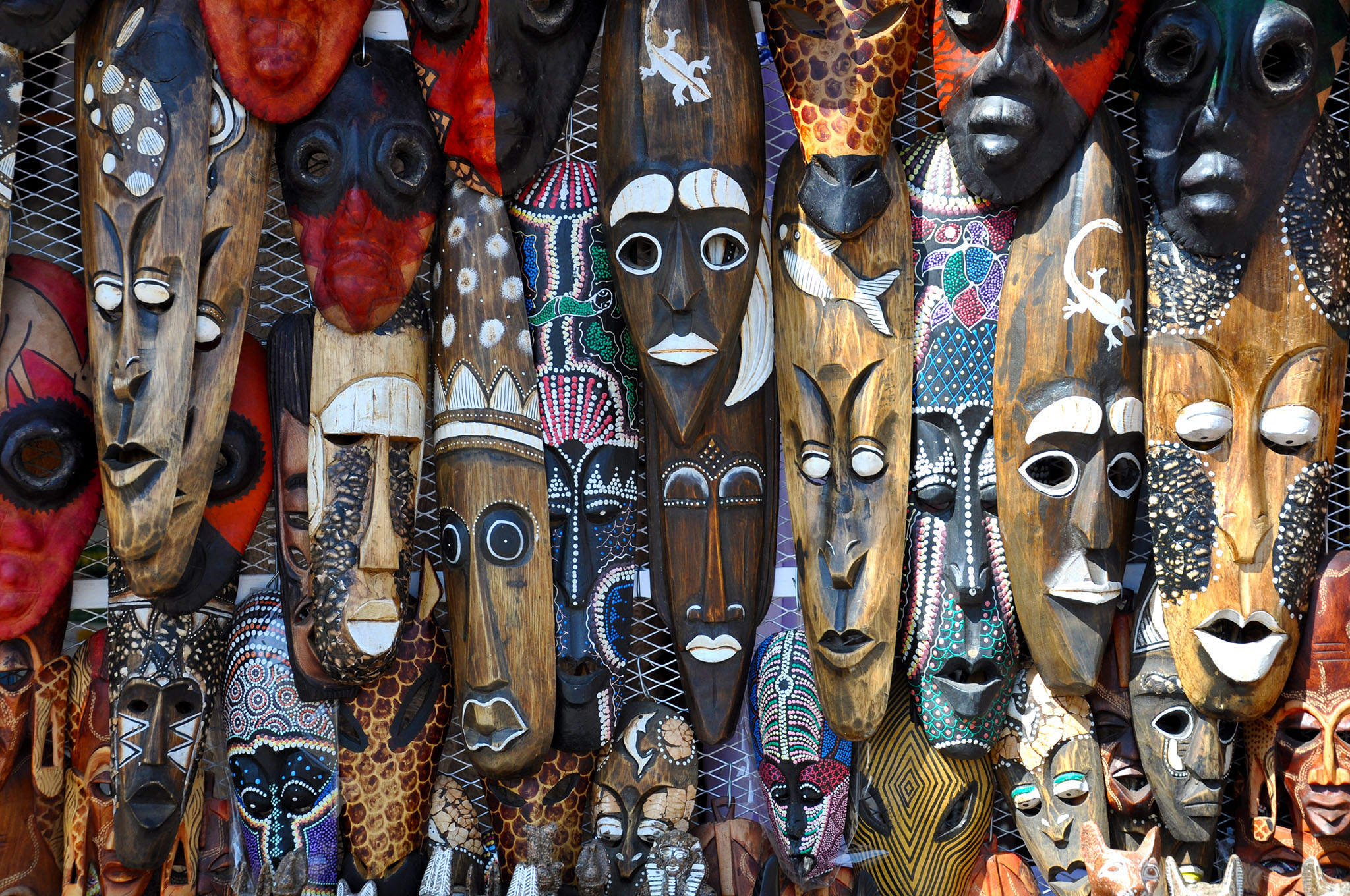 The concept of “having face” is a valuable asset, which one builds through relations with others and fulfilling ones role in society, in the firm, family, or circle of acquaintances. The phenomenon of “losing face” exists throughout the whole world, as in the end no one likes to be looked down upon, embarrassed, and humiliated. However the importance of “having face” is much more significant in the East than in the West.

“Loosing face” is one of the most important factors affecting people’s behavior in many countries in the Middle East and Asia, especially in China, Japan, Korea and Indonesia. In Mandarin Chinese this concept is called “mei-mianzi” – literally to not have a face. In the recent years more and more Asian corporations are appearing in Poland; one just needs to mention mobile phone giants, personal electronics or online shopping. Along with these companies expat managers of both middle- and higher-ranks are moving to Poland. The stress of inter-cultural tension is as high for them as it is for us Poles. More and more often HR will be faced with conflicts between “dictatorial” Asian bosses (from the Poles perspective), and the “arrogant, lacking culture and etiquette” European workers (from the Asian manager’s perspective).

The East and West in Practice

In the business culture of Western firms it is expected that an employee will, in a cordial manner, demonstrate his or her point of view. When looking within the corporation for people with high potential, the so-called “talents”, the ability to express one’s ideas and to control confrontation with the group or boss are absolute necessities. Simply transferring this rule to Asian firms will end in misunderstandings. This was one of my experiences from Indonesia – the company where I worked, as well as other Western corporations, sent their talented, high potential employees to Europe for short-and medium-length internships. We were sending experienced people, who had managed large teams and were exemplary in their work in their own country. They embarked on the overseas internships to experience a different perspective, make new contacts, and also to be presented to and assessed by the “top of the top”. Unfortunately at the beginning this program did not work as planned. Most employees returned with a rather cold than enthusiastic evaluation. Their ability to express own opinion and to bring something new to the discussion were questioned, as they were not speaking up during discussion and meetings with high-rank managers.

After closer inspection of the problem, we understood – that it was us, as the senders, who had made the mistake of “assuming”. We assumed that people who were doing a great job in Indonesia would demonstrate those same behaviors sitting at a conference in our global corporate HQ. However by virtue of the concept of “face” and respect for hierarchy, our employees were unable to demonstrate their strong sides in a new environment. One returning manager told me: “How can I speak without being asked, when the Regional President is sitting in on the conference? Moreover my European colleagues are loudly debating amongst each other and are not letting me speak. If I interrupt them I will appear as lacking manners and respect for others.”

They were right, most of us can not simple change culture driven behaviors. As a result we invested in serious cross-cultural preparation before sending our employees for the next overseas internships. We explained the difference in expected behavior, practiced short scenes to place them outside of their comfort zone, and assigned coaches and mentors. The next batch of employees leaving abroad understood to a greater extent the rules of the game and did a significantly better job. Ironically, they faced the same problem upon returning to Indonesia. After a yearlong placement they were able to adapt well their behavior to HQ’s expectations that, upon coming back, they themselves started to be perceived as little arrogant and not following the local rules. In order to function well between cultures, they had to learn to dynamically adapt their behavior to the culture they were operating at the moment. As they later agreed, going outside of their cultural comfort zone was one the greatest benefits of their placement in Europe.

Other ways of “losing face”

Openly saying “no”, especially to one’s boss, will instantly result in “lose of face”. This will be the case both for the employee who dared to publically and openly express his or her opinion, as well as for the boss who, by virtue, was ridiculed by his or her employee. The fear of losing face can be so strong that the typical Asian employee will not openly speak the whole truth, so that both sides can keep “face”. In the previous article I already mentioned the problems of openly saying “no”. Working with my Chinese team, I was confused when, despite my encouragement, I didn’t hear them say: “You’re wrong, we think this ought to be done differently”. If they were to say that, both they and I would lose face. To prevent this from happening, they stayed silent. Often such information is expressed, but it is us who cannot understand it. What is important is not only what is said, but also what is not said. The latter can communicate rejection, which we, with our cultural glasses, simply do not perceive. I was involved in business negotiations in China, which I originally perceived as successful and likely to lead to the signing of a contract. However later my Chinese colleagues explained to me that the other side completely does not agree with our proposals.

When they said, “Hmm, this could be an interesting proposal,” in this context meant, “No way, forget about it”. Moreover they completely ignored the second and third paragraphs of our business proposal, which further showed their disagreement and lack of enthusiasm. For them, it was obvious that they told us “no”. They couldn’t have done so in any more direct way, as that would result in both them and us losing face. It is possible to “lose face” in various ways, one of the easiest being publically expressing negative feedback. This is an area where conflicts spark easily, especially for people from countries, where communicating bad news in a direct and straightforward way is the norm.

Serious problems in this area are faced by multicultural teams whose manager comes from such a direct culture, for example France, where, without realization, he or she destroys the team morale by openly pointing out their mistakes during meetings. Publically pointing out the mistakes of an employee in Asia is one of the most embarrassing punishments, resulting in “loss of face”. Western expats are often oblivious to this fact. Using European tools for team management and giving feedback they are surprise when their “normal” style of communication brings devastating effects.

Another problem with which managers from Europe often come into contact with is the inability to successfully lead periodical assessment talks, especially if they want to give negative feedback. A typical Asian employee might take every negative feedback very personally and in it sees a reason for “loss of face”. A way I used to deal with this issue was the “de-personification” of the employee, so that the negative information did not personally concern him or her so much. How did this look in practice? When meeting for our periodical assessment, I would place two random objects on my desk, and I asked the employee to imagine that one of these objects is me (Irek) and the other is him, for example Anton. I asked him to tell me about Anton (and this way to take on a third person perspective) – what sort of personal brand Anton is, what are his strengths and how others perceive him. I then asked for suggestions for what should be done to further develop and strengthen Anton. This method allowed me to circumvent the personal nature of the attack and fear of losing face. I was able to successfully communicate relevant information for areas of improvement, and at the same time continue building interpersonal relations and trust.

Multi-cultural teams in Poland and the role of HR

Up until expats from the Far East were a rarity in Poland, this problem only applied to a small group of Poles moving for work to Asia or the Middle East. It was there that they learned through personal experience, sometimes the easy way and sometimes the hard way, of cultural differences. Today however this problem is clearly visible in Poland. According to recent reports, there are over 600 shared business centers in Poland, many of them with a global reach. To get the full picture add “regular” divisions of multinational corporations.

One of the strategic roles of HR is reducing unproductivity, often associated with misunderstandings resulting from cultural communication differences. Hence it is time to take a series attitude towards multicultural preparation – both for those coming to work in Poland, as well as for our Polish teams in which expats

I was recently talking with some colleagues from large company managing expat relocation. Truthfully speaking, the picture of HR teams responsible for employee relocation I’m getting is rather bleak. They focus of organizing employment permits, finding accommodation, school for children, and the physical movement of belongings, which is of course important; however not enough. Providing an employee and his family with cultural relocation training and coaching is the absolute minimum that we as HR should provide.